After four years as a biomedical engineer specialising in 3D printing of tissue and organs in Barcelona, Giuseppe Scionti had a radical idea for another use for the technology: creating food.

The 33-year-old Italian took one of his creations to the Michelin-starred chef Ferran Adrià — of El Bulli fame — seeking advice about using similar principles to develop plant-based meat. “He told me to go and cook it and come back,” he said, laughing. He’s used the chef as a sounding board since.

In 2018, Mr Scionti launched Novameat, patenting his “microextrusion” technology, in which plant-based ingredients are pushed through holes to form ultra-thin muscle-like fibres.

Once preoccupied with perfecting the mince-like patty of the plant-based burger, the alternative protein industry is now turning its attention to more ambitious products whose textures are like actual “cuts” of steak and chicken breast.

Unlike burger alternatives, for which texturised plant proteins and other ingredients including vegetable oil are mixed together and moulded into a patty, cut meat products are made by layering “extruded” fibres on top of one another.

Companies such as Novameat are leading the charge for plant-based start-ups, whose “meats” are made from legumes and grains such as soy, peas and rice. Meanwhile, some “cell-based” groups — which produce meat from animal cells grown in vats — are also at advanced stages of producing realistically textured products.

‘The filet is our holy grail’

According to alternative protein specialists, replicating the look and the feel of a cut of meat is far more challenging than mimicking the ground equivalent.

“In the plant-based foods world, the filet is our holy grail. Simply, ground or minced meats are quite easy, anything shredded or sliced is fairly simple, but a thick cut of steak or a fish does not really exist,” said Chris Kerr, co-founder of New Crop Capital, an investor in food start-ups that disrupt industrial animal farming, which has backed Novameat.

But many in the industry believe that a fibrous realism will be a key selling point for consumers. “We want foods that replicate, as close as possible, the finished form of foods consumers expect when sitting down for a culinary experience,” Mr Kerr added. 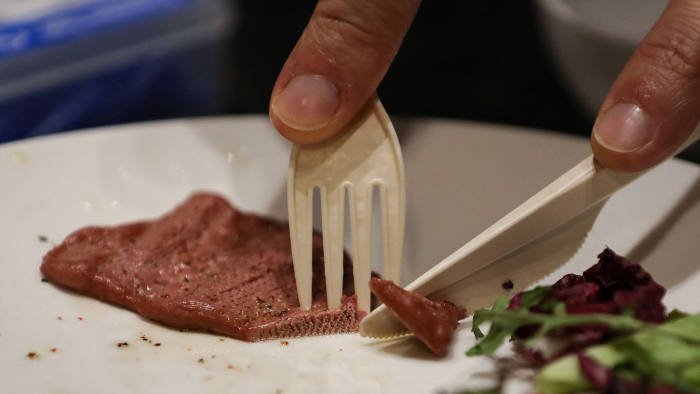 Concerns about the environmental impact of livestock rearing and animal cruelty have spurred on R&D in alternative proteins over the past few years. The successful IPO of Beyond Meat in the US has boosted investment in the segment, which was one of the fastest-growing sectors in food and agritech in 2019.

Investments totalling $1bn flowed into the “innovative foods” category, of which the bulk was alternative proteins, double the amount from a year before, according to online food and agritech VC platform AgFunder.

“Many of these potentially disruptive alternatives come with promises, from reducing greenhouse gas emissions to transforming nutrition and health,” said Professor Charles Godfray at Oxford university’s Oxford Martin School. While the case for cell-based or cultured meat had yet to be proven, plant-based proteins have been demonstrated to have a beneficial environmental impact, he added.

In addition to Novameat, which hopes to introduce its product into restaurants by the end of 2020, an array of other plant-based meat companies are pursuing the “cut-like” formulation. 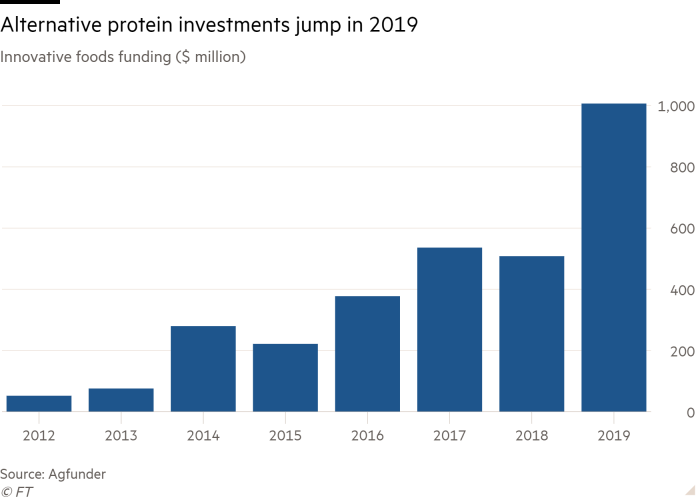 In the UK, plant-based chicken pieces and bacon rashers from This, a start-up launched by the founders of burger chain Chosen Bun, have been available in more than 1,000 outlets in the country since June last year.

“We thought, let’s make something so realistic that people don’t have to try very hard [to accept the product],” said This co-founder Andy Shovel, adding that they opted primarily for chicken because it is the most consumed protein in the UK.

On the online shopping site Ocado, customers rated This chicken 3.9 out of five stars, with reviews ranging from “great texture” to “dystopian”.

Meanwhile in the US, Beyond Meat, which has partnered with KFC to trial chicken nuggets, told analysts recently that the company was “focused on introducing a more fibrous architecture” of chicken that is closer to breast meat.

While consumer enthusiasm over plant-based meat continues to grow, it is still a nascent category, accounting for just 1 per cent of overall US meat sales, according to alternative protein lobbying firm and consultancy Good Food Institute.

A recent survey of 500 Americans by US marketing firm Charleston Orwig on “synthetic” or “lab-grown” foods such as cell-based meat found that 40 per cent described the products as “scary”, though younger consumers between 18 and 24 were significantly more accepting and interested in trying the foods compared to those 65 and older.

Investors are undeterred, even flocking to the more ambitious cell-based meat industry, which works by growing animal cells in bioreactors. Compared to 2016, when there were only two companies working on creating meat from cells, more than 60 start-ups exist today — though their products have yet to hit the supermarket shelves. 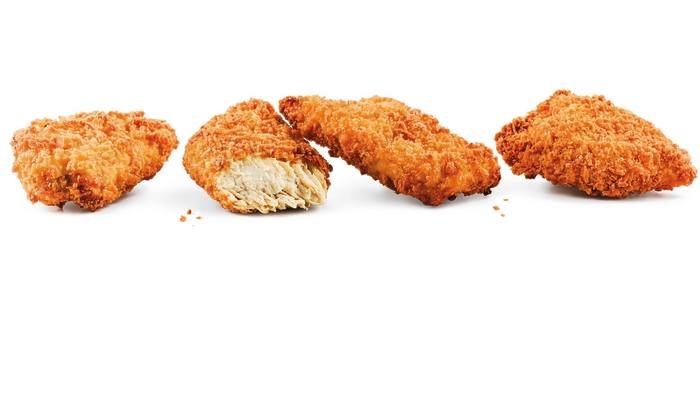 Memphis Meats, a California-based start-up, raised $161m earlier this year from investors including SoftBank and Singapore’s Temasek, as well as early backers Cargill and Tyson, which are leading meat suppliers in the US.

The company, which was co-founded by cardiologist Uma Valeti, is among the frontrunners in producing alternative meat cuts including chicken breast and duck, as well as ground beef.

“There’s a lot of excitement that the products we are producing are real, biologically coming from animal sources,” said Mr Valeti, who is hoping to have his products on retail shelves in the next couple of years. 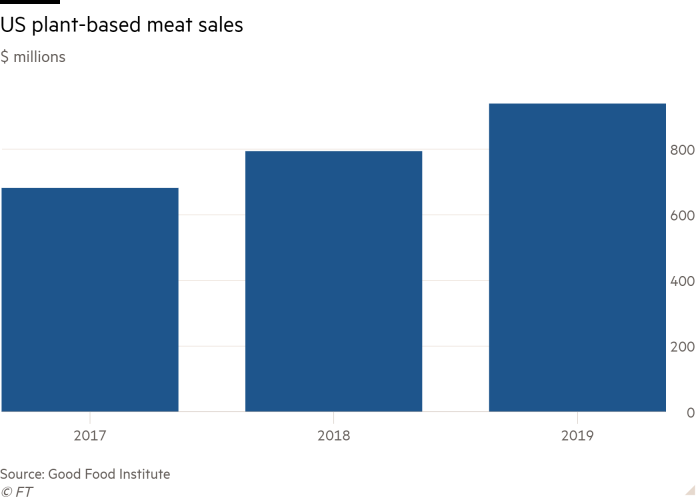 Meanwhile, Israel’s Future Meat Technologies, which raised $14m in October, has developed a way of turning fast-growing cells into meat and fat. It is still a few years off launching its cut meat product, but intends to first launch a hybrid, where the meat fat it produces is blended with plant-based meat.

“The smell of sizzling steak is the smell of fat. This is the only thing we smell from far away. We can detect carbons from meat grilling,” said Future’s founder and chief science officer Yaakov Nahmias.

Back in Barcelona, Mr Scionti is hoping that the city’s strong food culture and the input from its top chefs will help boost the culinary credentials of his start-up. In Spain and Italy, “Food is like a religion,” he said, adding: “We have great ingredients and we have the technology. I don’t see why we can’t use technology to create great food.”

Up to 50 billion tonnes of sand a year is being mined, dredged and even stolen to satisfy the global appetite for infrastructure, according to the UN, and it’s disappearing faster than it can be replenished.