On a desolate, snow-dusted stretch of Icelandic tundra, east of Reykjavik, eight giant metal boxes, stacked in twos, rise out of the ground on concrete stilts. Along one side, numerous black fans whirr continuously, sucking in the cool air.

This direct air capture (DAC) plant, named Orca, is the feat of Swiss company Climeworks. The fans are “CO₂ collectors”: an essential cog in Climeworks’ mission of permanent carbon removal. Built in 2020, Orca is the first of its kind and the largest test of DAC technology to date.

Climeworks is part of a growing field of start-ups and scientists striving to design tech that can capture and store CO₂. Carbon capture and storage takes a CO₂ emission, say from a gas or coal plant, and diverts it into geological storage. Carbon dioxide removal (CDR) takes diffused CO₂ from the atmosphere and either temporarily stores it in the biosphere (trees or soils) or permanently in the geosphere (mineralisation). 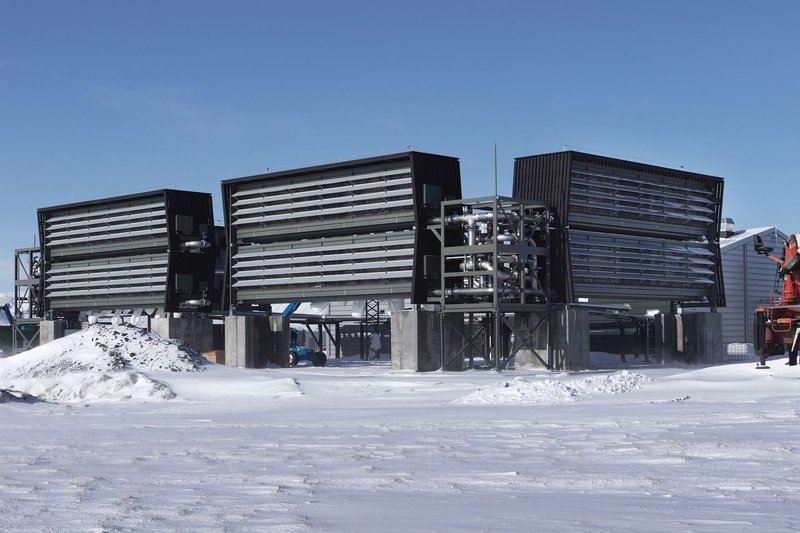 “It’s useful to separate these concepts because they play very different roles in our deep decarbonisation scenarios,” says Zeke Hausfather, a climate scientist and one of the authors of the UN’s Intergovernmental Panel on Climate Change report.

While slashing emissions — and fast — is critical, it will not be enough to stabilise the climate. “We’re already at 1.2°C, 1.3°C today,” says Hausfather. “And we’re not going to be able to reduce emissions fast enough to avoid passing 1.5°C in the next few decades.

“The challenge with our CO₂ emissions is that even if we get to zero, the world doesn’t cool back down. The only way to cool is to go net negative CO₂. And that’s the unique role that CDR has.”

Climeworks CO₂ collectors pull in air from the surroundings. This runs over filters coated with amines that react with the carbon dioxide and bind it. When the material is saturated, it is heated to 100°C, releasing a stream of pure CO₂. Carlos Haertel, chief technology officer of Climeworks, likens the process to a vacuum cleaner. A large amount of air is taken in, filtered to retain what is needed, and the rest blown out, free of these particles.

Once the CO₂ is collected, Icelandic start-up Carbfix takes over. A subsidiary of publicly owned Reykjavik Energy, Carbfix is focused on the next piece of the puzzle: safe, long-term CO₂ storage.

Carbfix sequesters carbon by injecting it into subterranean geological formations. The CO₂ reacts with the volcanic basalt rock, rich in atomic ions like calcium, magnesium and iron, and within two years is transformed into stone.“What we are doing is replicating what mother nature has done for hundreds of millions of years,” says Kristinn Larusson, head of business development. “We are simply speeding up the process.” 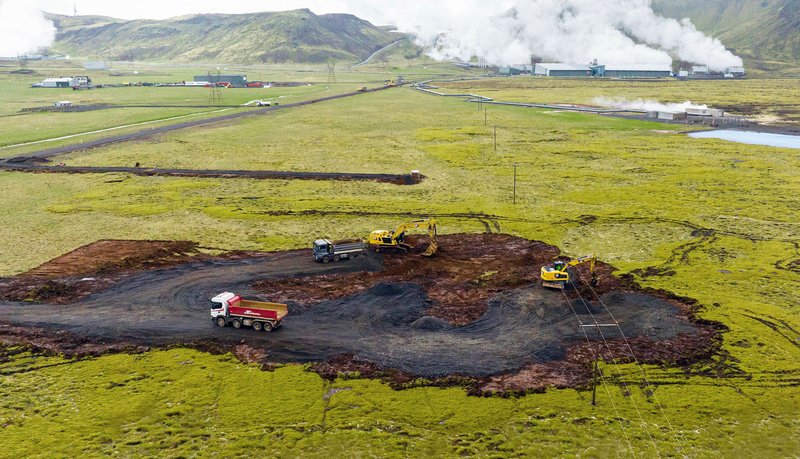 Carbfix has been honing the technique since 2006. It is currently the only company worldwide that has successfully sequestered carbon in this way. In July, Carbfix was awarded a grant by the European Innovation Fund to build a large-scale transport and storage hub in Iceland, called the Coda Terminal. Operations commence in 2026 and by 2031 up to 3mn tonnes of CO₂ will be stored annually.

This is ambitious. Carbfix currently sequesters 24,000-28,000 tonnes a year. Climeworks, likewise, has some way to climb before it reaches scale — and the ability to make a dent in global warming. Orca can suck some 4,000 tonnes of CO₂ from the air annually. A second, larger plant — Mammoth — currently under construction, will capture 36,000 tonnes once completed in 2024. Still, it is a way off from the billions that will need to be captured in a net zero future.

“My general theoristic is we probably want to aim to reduce CO₂ emissions 90 per cent and have removals make up the last 10 per cent,” says Hausfather. “So that’s about four gigatonnes currently globally.”

To reach scale and impact, many more plants all over the world are vital. Companies like Climeworks and Carbfix remain frontrunners. Hundreds of start-ups are vying to compete, yet some 80 per cent of projects fail, prompting questions about what exactly is holding the industry back.

Part of the challenge with DAC is cost. One reason for this is the sheer amount of air that needs to be inhaled to capture a fraction of CO₂. Carbon credits for Climeworks removal are currently around $1,000 a tonne. Haertel thinks this could drop to $300-$400 by 2030. Building prototypes is always slow and costly. 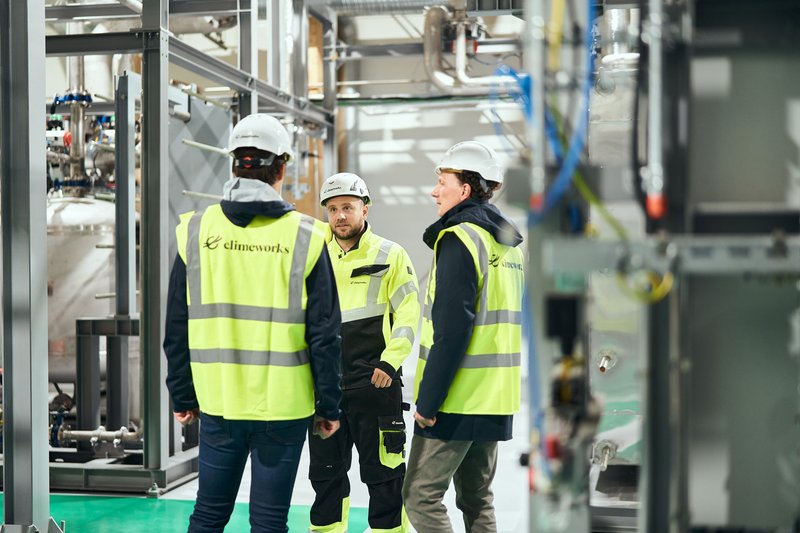 Energy use is also key. Climeworks and Carbfix are powered by local geothermal energy. The abundance of clean energy, and volcanic rock, make Iceland an ideal location. But many countries have untapped potential. “The abandoned oil and gas wells in the North Sea make the UK one of the best geological sites for carbon storage,” says Peter Taylor, co-director of the UK Energy Research Centre. “There’s even been talk of whether the UK could become an importer of other nations’ CO₂.”

Supportive policy is integral for the industry to scale. Here, America is leading the pack. An infrastructure law passed last year included $3.5bn to build four DAC hubs that will each remove 1mn tonnes of CO₂ a year.

The UK is developing the supply chains needed for the industry to bloom. A commission is currently allocating a series of ‘Track-1’ carbon capture, usage and storage clusters. “That includes work on the technology, but also work on risks, on understanding environmental issues, on business models, on what policy support is needed,” says Taylor.

Star-studded partnerships are another sign the industry is beginning to move. Climeworks partners already include the likes of Audi, Shopify and Boston Consulting Group. A 10-year deal signed with Microsoft last month aims to offset 10,000 tonnes of the software giant's emissions.

Is the sector finally seeing momentum? Hausfather believes so, having witnessed a shift in the past few years with increases in interest and investment. Yet there is still a way to go before carbon removal and storage is able to play its critical role in the climate battle.

Planetary Boundaries: What are they and why shouldn't we cross them?

Michael Urban, Chief Sustainability Strategist for the Lombard Odier Group explains the nine planetary boundaries we live within, how they interact with each other, and what could happens when we cross them.

Are we too obsessed with our personal carbon footprints?

The FT’s Simon Mundy argues that intense debates about personal behaviour when it comes to climate action may be crowding out some more important questions. But what can we do about it?