By nurturing crops on a plant by plant basis, new technology can cut chemical use and boost yields.

Tom winds through the rows of wheat, stopping at plants along his route: scanning, mapping, checking vitals, taking photographs. Dick follows closely behind, pausing from time to time to unfurl his lightning rod and unleash a laser death zap to an unsuspecting weed. Harry plants seeds at measured intervals. Unseen but overseeing, Wilma monitors their progress, aggregating the data sent by her rolling army.

Tom, Dick and Harry are farmbots. Wilma, their watchful AI. And they represent a small but growing revolution in the farming world.

The prodigies of Bristol-based start-up, Small Robot Company, this mechanical fleet is the first of its kind: nimble and sophisticated robots that can optimise arable farms, from seed to weed to feed.

Working in controlled harmony, Tom and Dick weave through a field, taking high-resolution photographs of the crops every few seconds. These are sent to Wilma, who matches the images to precise GPS data, generating a map of the field that’s accurate to within 2cm. Proponents are evangelical about the revolutionary potential of this technology for farming’s future. It equips farmers with the ability to understand and nurture a crop on a plant basis – right down to individual leaves – rather than a field basis.

“By helping us be more precise and targeted, this next generation of farming robots can help us protect biodiversity and the natural environment,” says Andrew Hoad, a partner and head of Waitrose’s Leckford Estate.

Waitrose, Lockerly Estate and the National Trust were some of Tom’s first commercial customers when the robot was rolled out in 2021. Dick is undertaking pilots and will be commercially available by 2024. But the initial figures are striking. Arable farms using Tom, Dick, Harry and Wilma can cut the use of chemicals by 95 per cent. Carbon emissions are slashed by similarly dramatic proportions. This is not at the expense of profitability. The company’s figures claim revenues increase by about 40 per cent while costs are reduced by up to 60 per cent. 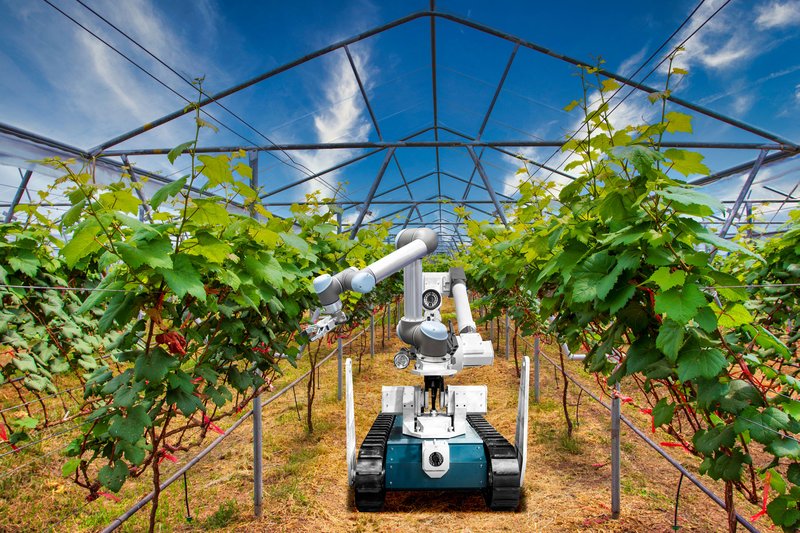 This has huge implications for both the economics of farming and its impact on the environment. Conventional farming depends on the blanket spraying of chemicals to kill weeds and pests. This damages soil quality, crop yields and biodiversity. The robots are equipped to zone in on individual weeds: microdose sprays replace mass poisoning. Dick and his micro-lightning bolts may one day usher in the end of all weed-killing chemicals on farms. The farmbots — particularly no-till [soil disturbance] Harry — also have the potential to render big, expensive farm machinery permanently redundant.

SRC is part of a cohort of ag-tech start-ups hoping to ameliorate some of farming’s most pressing challenges. As well as the perennial problems of scarce profits and diminishing yields, recent global events have turned the temperature up on the sector.

Labour shortages have been a persistent headache over the past couple of years. Much of the industry relies on seasonal labour for harvest. But Brexit sparked disarray in 2020, and the pandemic entrenched labour shortages across the globe, with farmers scrambling to lure workers to pluck their fruit and vegetables.

The setbacks triggered increased interest — and investment — in robotics and automation, which has continued amid the supply chain and food shocks caused by the war in Ukraine, and this summer’s drought-induced water shortages. Estimates from Juniper Research suggest the agtech market will be worth $22.5bn by 2025, with an annual growth forecast of 150 per cent.

A flurry of techies are speeding in to the space. There are now robots that milk cows; digital systems for feeding chickens; AI-powered, multi-armed mega robots for picking strawberries; and drone bees that pollinate fruit and nut orchards as insect numbers dwindle.

“The proposition starts with reducing costs,” says Sam Watson-Jones, SRC’s president and a multigenerational farmer. “The inputs necessary to grow crops are getting more and more expensive. If UK inflation is above 10 per cent, farming inflation is at about 30 per cent annually.” 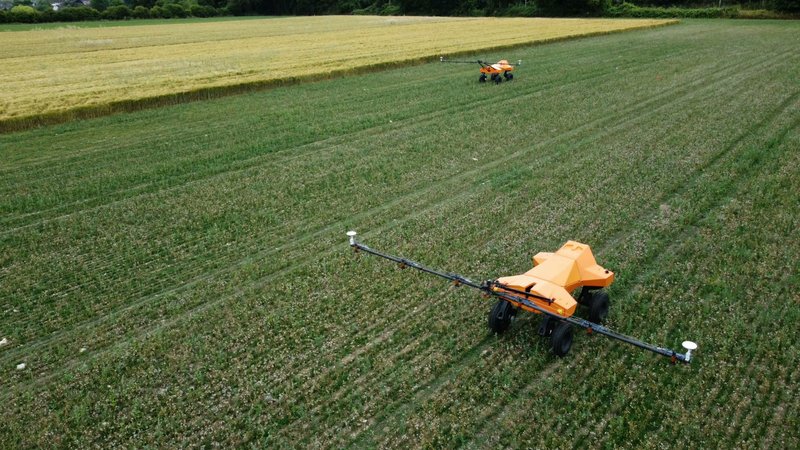 This year, while prices continue to rocket, SRC is targeting reductions in herbicides and fertilisers. To that end, the company has signed up giants including US-based chemical company Momentive and Fortune 500 mining company Mosaic. The latest investment round, underway and closing imminently, is anticipated to bring in £12mn.

“That type of precision and really directed application is not possible with our current equipment and technologies,” says Kim Nicholson, Mosaic’s VP of Ag Technology. “[This] gives us new ways to tackle the very big problem of how we continue to refine nutrient delivery”.

Farmbot Tom plots fields, uses the data to compile weed treatment maps, and then feeds that information into existing sprayers — so that specific weeds can be targeted. One trial saw a colossal 97 per cent saving in chemical use. SRC puts it on average at 70 per cent.

“There’s a huge amount of waste built into the system,” explains Watson-Jones. “It’s just kind of widely accepted in the industry that 40 per cent of your fertiliser is wasted. We’re massively overusing chemicals and fertilisers, with huge damage to the soil. And we’re not performing in terms of crop yield anything like where we could be.”

The industry is beginning to take notice. SRC has sold to 50 farms this year: the company’s full capacity for the 2022-23 growing season. Robotics and automation is gaining real momentum, Watson-Jones says.

“We’re on the cusp of an incredible farming revolution. Per plant farming is going to be one of the key developments that ushers it in. And over the next couple of decades, this is going to be the way that most farms in the world are operated.”

Planetary Boundaries: What are they and why shouldn't we cross them?

Michael Urban, Chief Sustainability Strategist for the Lombard Odier Group explains the nine planetary boundaries we live within, how they interact with each other, and what could happens when we cross them.

Are we too obsessed with our personal carbon footprints?

The FT’s Simon Mundy argues that intense debates about personal behaviour when it comes to climate action may be crowding out some more important questions. But what can we do about it?