Why sustainable food could mean a better deal for workers

When workers in the gently sloping fields of Wash Farm, in Devon, were picking vegetables this summer, there was an unusual sound. As they uprooted carrots in polytunnels or harvested Swiss chard, an unusually high proportion were speaking to each other in English.

The prevalence of English on the farm — headquarters of Riverford Organics, a supplier of organic fruit and vegetables — reflected the year’s unique circumstances. The coronavirus pandemic, which prevented many eastern Europeans who normally make up most of the farm’s workforce from reaching England, meant around six in every 10 workers this summer were British. 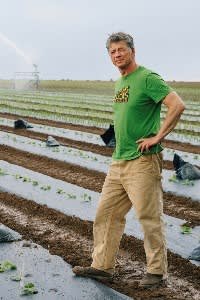 But for Guy Singh-Watson, Riverford’s founder, the business’s success in running for at least a season on a mainly domestically recruited workforce was a vindication of his philosophy of employment.

With 99 per cent of workers in some types of UK farming business EU nationals, mainly from poorer member states such as Romania and Bulgaria, Mr Singh-Watson has long aspired to work his land with people who have a long-term stake in the area.

The ambition reflects Mr Singh-Watson’s conviction that good workforce practices are critical to producing healthy, environmentally sustainable food. He points out, for example, that farms that ditch manual labourers for automation in packing often waste more produce. The machines can handle only a limited range of sizes of vegetables such as courgettes.

His view aligns with an increasingly widespread view in many parts of the world that consumers should be considering the wellbeing of the workers who farm their food as much as the nature of the fertiliser used on their fruit or the freedom given to their chickens.

“I never liked that much,” Mr Singh-Watson says of the days when, before coronavirus, the business was bringing in 80 per cent of its workers from mainland Europe at harvest time. “I do think we should try to provide jobs for local people.”

The question is whether a highly competitive, cost-conscious food supply chain is prepared to endure the higher costs that are almost certainly key to providing better wages and work conditions to the people growing and harvesting food. The issue is a pressing one across the industrialised world but is particularly acute in the UK, which according to EU statistics has western Europe’s cheapest food, and in the US, where annual food expenditure per person is only a little higher.

Matthew Taylor, the UK’s interim director of labour market enforcement and author of a landmark UK government report on good work practices, says it is time for the food and farming industry to draw up clear minimum labour standards to which producers will commit.

“You could start a label scheme so that when you bought a pork joint or pack of beans, you would know these were workers who were being treated in a reasonable way,” Mr Taylor says. 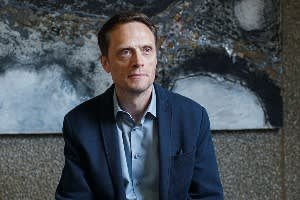 However, Mr Taylor compares the challenges of driving up labour standards in the sector to the difficulties of rooting out the culture of labour abuse in the fast-fashion textile factories of the English city of Leicester. In both industries, he says, workers have been poorly treated as a result of years when consumers were led to believe they could enjoy continually falling prices.

“There may well be an opportunity to do something here,” Mr Taylor says of the food industry. “But if we’re going to do it, it’s going to require multiple simultaneous interventions. It’s going to require some acceptance that consumers probably have to pay a little bit more.”

Yet in the meantime the UK and many other rich-world countries — including the US and Australia — continue to depend for their harvest workforce on seasonal migrant labour. In the US, workers often come from Mexico and Central America, while in Australia many are Pacific islanders.

Bring on the robots?

The UK faces a very specific crunch in its future access to such labour, according to Tom Bradshaw, vice-president of the National Farmers’ Union. After the UK’s transition to Brexit ends on December 31, businesses will no longer be able to recruit staff freely from EU countries.

While there has been a trial scheme to allow farmers to bring in seasonal agricultural workers, it this year catered for only 10,000 workers, against the 60,000-70,000 whom farmers previously recruited annually. Farm labourers have also been left off the UK’s shortage occupation list — a list of workers who receive preferential treatment when visas are allocated.

The new regime for foreign employees shows that the government “has underestimated the need to have highly trained, highly skilled workers” to fill agricultural roles, Mr Bradshaw says.

Faced with a proliferation of constraints of similar kinds, farmers all over the industrialised world are working at developing automated systems, which, while reducing the need for physical labour, should make it easier to create better-paid, sustainable jobs for the staff who remain.

Mr Bradshaw thinks robots are “part of the future” even though the ones working on farms this year are “not commercially viable”.

Ahead of such a future, Mr Taylor suggests a list of ways that food production businesses can improve worker conditions including: the introduction of more worker ownership of businesses, and greater vertical integration in supply chains, with retailers owning producers and producers selling directly to consumers.

Riverford Organics illustrates the potential of Mr Taylor’s ideas. The business has long been vertically integrated — it delivers mixed boxes of fruit and vegetables and other products directly to consumers’ doors. In June 2018, meanwhile, the business moved to worker ownership, with Mr Singh-Watson retaining 26 per cent of the shares but the remainder going to employees.

Mr Singh-Watson says it is easier with such a structure to take a long-term view of the business — and that the workers are also more motivated.

“I’m not saying we never need to crack the whip ever,” Mr Singh-Watson says. “But I think there’s less of managing performance with a stick.”

© 2020 The Financial Times Ltd. All rights reserved. Please do not copy and paste FT articles and redistribute by email or post to the web.

Seaweed: sustainable crop of the future?

Are deposit return schemes really the best way to cut litter and emissions?

Scotland is preparing to add an extra charge to drink cans and bottles, refundable upon return, but are deposit return schemes really effective at reducing waste and emissions?

One of world’s favourite drinks is under threat from global warming. But in Australia, scientists are tackling the problem by trying to develop a better, hardier coffee bean.

The FT's Tim Hayward and Daniel Garrahan visit Riverford, the organic vegetable delivery box company, to learn about its commitment to regenerative farming, how Brexit has hit the labour market and why businesses need long-term policies and stability

The environment and social development go hand in hand when it comes to securing a better future. How is a toilet paper production plant in Ghana spearheading change?

Is plant-based meat staying on the menu?

Meat products have larger carbon footprints than grains or vegetables. In our collective aim to help the environment, could plant-based meat become a substitute?"

Food versus fuel: is farmland use out of balance?

Millions of people in dozens of countries facing famine. At the same time, significant amounts of farmland are being used to produce so-called biofuels. But could a global food crisis change that?

Seed banks can help guard against threats to food production

With climate change and monocultures threatening global agricultural production, seed banks like the new one in Palmira, Colombia, could help to feed the world’s growing population.

The conflict in Ukraine has exacerbated the world’s food supply crisis, and some governments have implemented protectionist policies, but this could actually make the problem of food insecurity worse.

How do you actually rewild a property?

The word rewilding can conjure up images of going back in time to a landscape of wild animals and deep forest. Its popularity is growing in the UK, but how exactly do you go about rewilding?

Farm workers are vital for agricultural production but as temperatures climb worldwide, the threat from heat stress is rising and the consequences can be fatal.

The cooperative helping farmers to preserve land and biodiversity

Farmers struggling to make a living often find themselves at odds with environmental interests. Could joining forces help both sides.

Can we avoid climate-related food shocks?

A landmark UN report says climate-related shocks such as extreme weather events will become more common and could disrupt food supply chains. But what can we do about it?

Singapore wants to grow more food, but the rising cost of energy, materials and labour makes home-grown produce much more expensive than imports.

How restaurants are coping with the rising price of fish

The war in Ukraine has hit the supply of grains and vegetable oils, while 70% of the world's cod and haddock comes from Russian boats. Global food prices are soaring and some restaurateurs fear a plate of cod and

The farming industry is responsible for a fourth of global emissions. As the world’s population grows, this is set to increase. What can we do?

Upcycled food is on the up

Upcycling, the practice of using leftover, used or reject materials to make new food products, is now a fast-growing industry in Europe and the US.

Can we solve the peat predicament?

When farmers drain peatland for growing crops on, it releases a lot of carbon. But now new farming methods could help ease the problem

Shrimp: a sustainable catch? As the shrimp industry continues to grow, questions remain over its environmental impact. But only a fraction of the global catch is certified as sustainable.


FT Food Revolution is a video channel looking at the people and businesses working to create a more sustainable food system - from tackling food waste and environmental health, to sustainable farming and food security. The channel alternates between independent reporting from FT journalists and expert posts from Rabobank.